"There is only one way to find out, yeah? Catch me if you can." 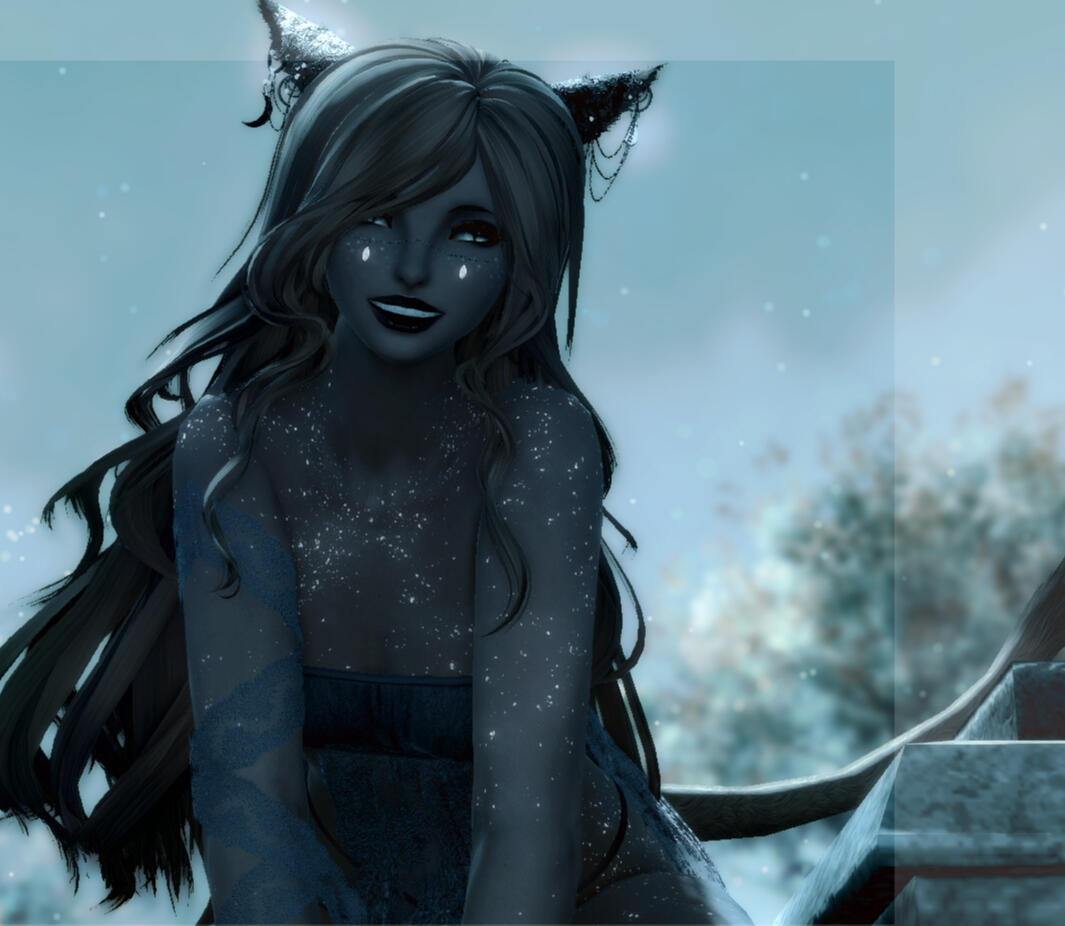 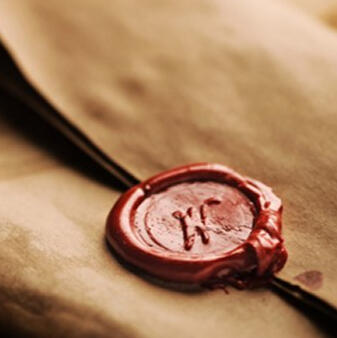 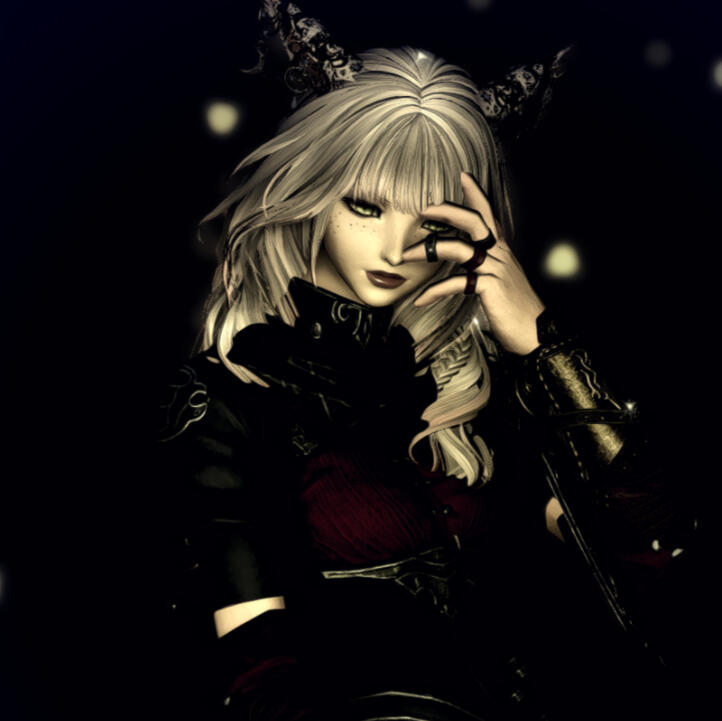 From the far reaches of Gridania and its borders. The rumors of a ragtag group of wayward Miqo'te stage ambushes for any unknowing traveler(s).Poachers, highwaymen, mercenaries; OH MY! Surely something has been done about the group? Are you one of those that have heard the tales and wish to see what is going on? Or has your favorite creature suddenly started dwindling in numbers.A hired hand when it comes to navigating the less savory places in the more dense wood.Usually seen sneaking off into the depths of the shroud. It is likely she has a small camp out there that she does call home from time to time when wanting to lay low or just rest.A smuggler who uses the roads less traveled.A lesser known courtesan. It is not something that is publicly announced and most of her behavior depicts otherwise. But it is not terribly uncommon to have seen the woman working in one or two establishments.A lover of fighting. Can usually be seen working or frequenting establishments that host such an activity or off fighting elsewhere.(If there is something that is not there but may fall in line, do send a tell in game and let's work something out.)

Born and raised in the depths of the far reaches of Gridania, Mele is just one of the few of a group of miqo'te that branched off from their own families and loved ones to start their own. The clan very slowly growing in number; a mixture of poachers, highwaymen, mercenaries, and even those considered too feral to integrate anywhere else.Though not an outcast, Mele definitely acts as such out of mind for her and her own; not to mention wanderlust and curiosity definitely get the better of her. A mentioning of a new place would definitely make her ears perk up and a smile play across her lips. The thought of hunting in or visiting a new place never far from her thoughts.
Many times, the woman has been spotted across the reaches of the Wood, maybe even further. If someone recognizes the matted braids and her favorite bandana. Though she doesn't smell of a typical bandit, the scent about her is that of the earth and some local flora of her home. Within the matted braids, one can easily spot feathers, beads, colored strands of yarns and threads, and even rings of varying value. Keepsakes and mementos gathered and kept close in her journies . Scars litter her form, some deep and vicious looking, others just everyday mishaps. None seem to tell too fascinating of a tale, but one or two may if asked.
Outspoken and generally quick tempered, the Miqo'te is the one to stand with someone for the 'right' reasons or stand against if shown otherwise. Loyal to a fault, to the point where one she is close to, is trusted over anything else and regardless of what is put in front of her. 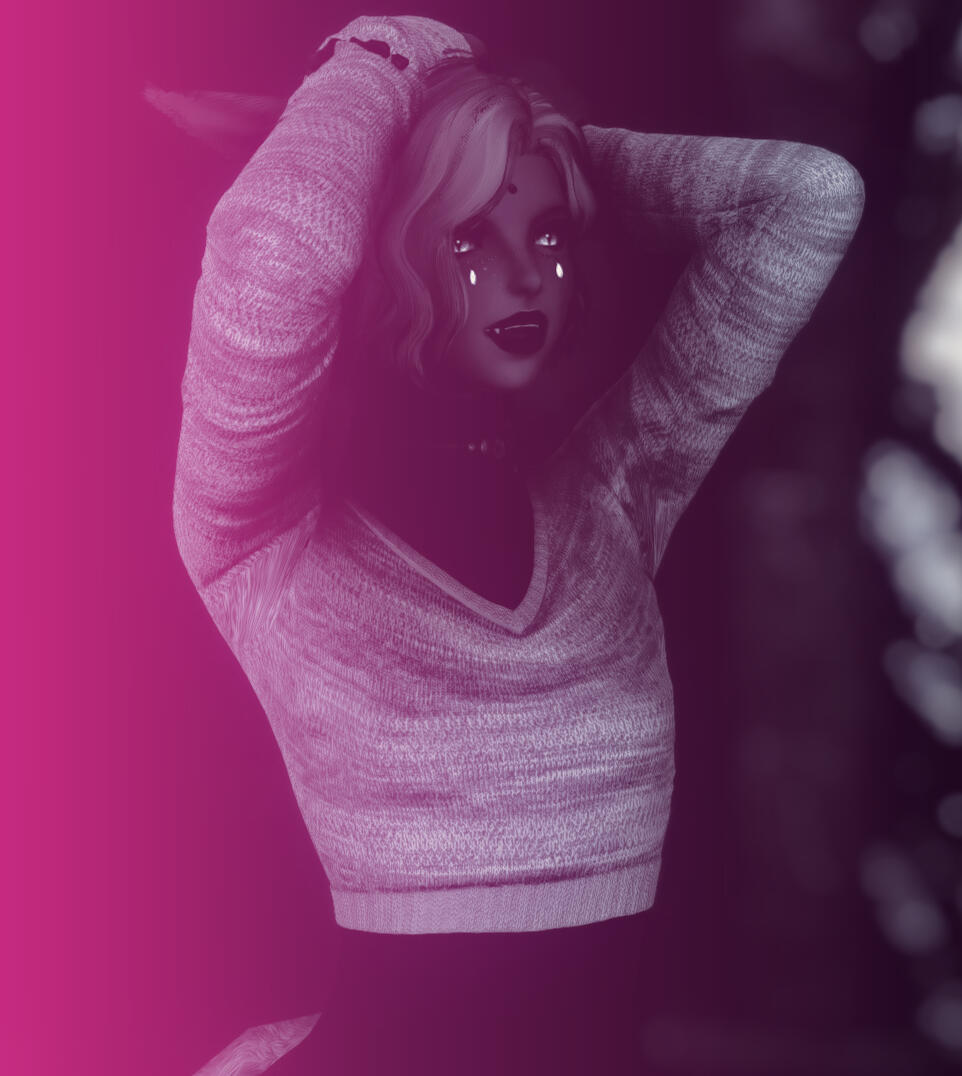 'The reclusive brother finally made an appearance.'

♠ A bracelet on her right wrist. A twisted gold chain adorned with leaf charms and small white beads. Smaller chains also dangled from the main piece.♠ A pair of secured leather bracers that stretched down to her knuckles. Though, upon closer inspection, it would appear that three small holes were in either glove, one placed between each knuckle.♠ Kept in any given pocket or secure spot on her person was a silver token. One side stamped with the word 'Freedom' and the depiction of a Raven above it. On the alternate side, a Dagger with the word 'Death' underneath it. 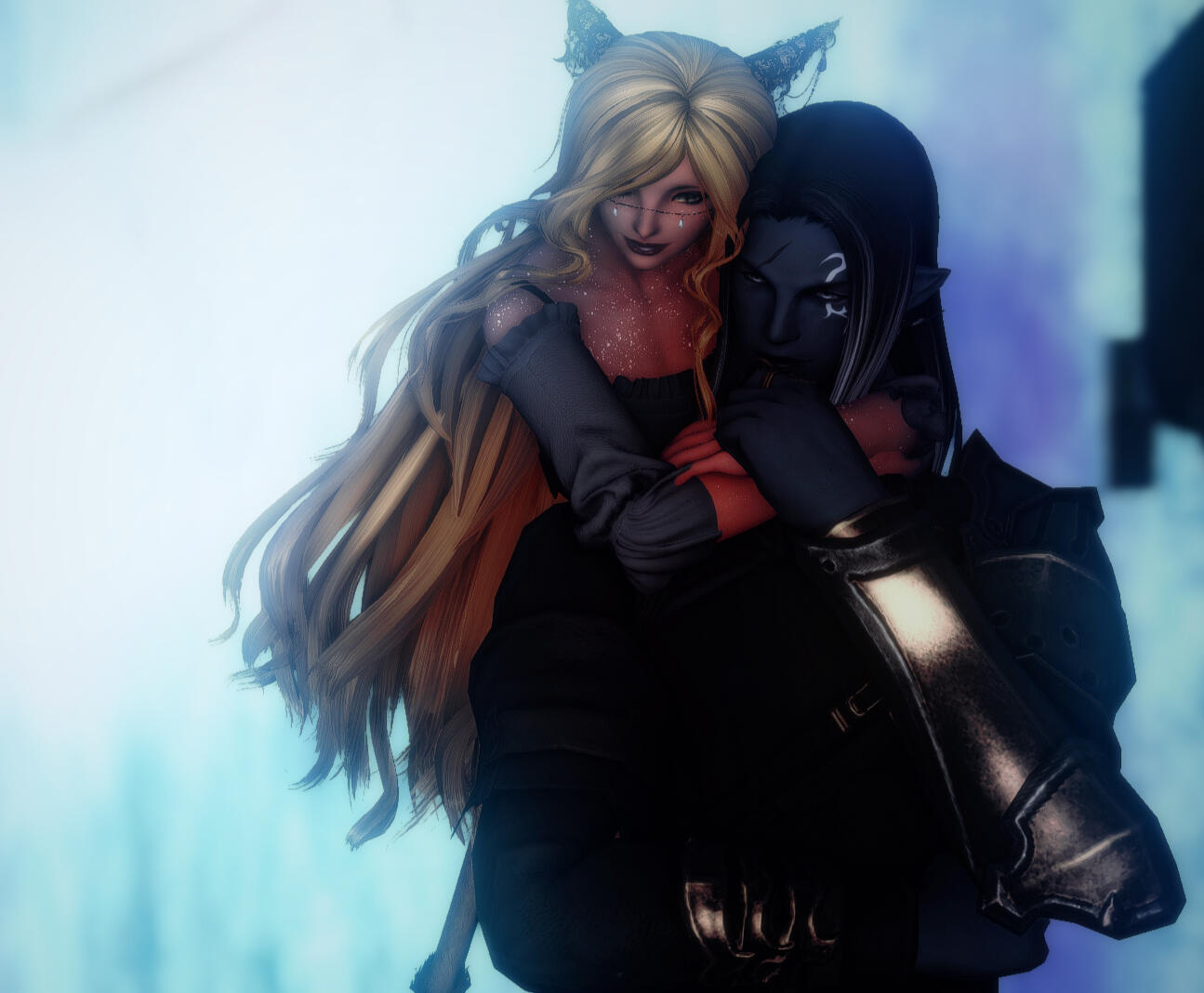 'Almost had them all.' 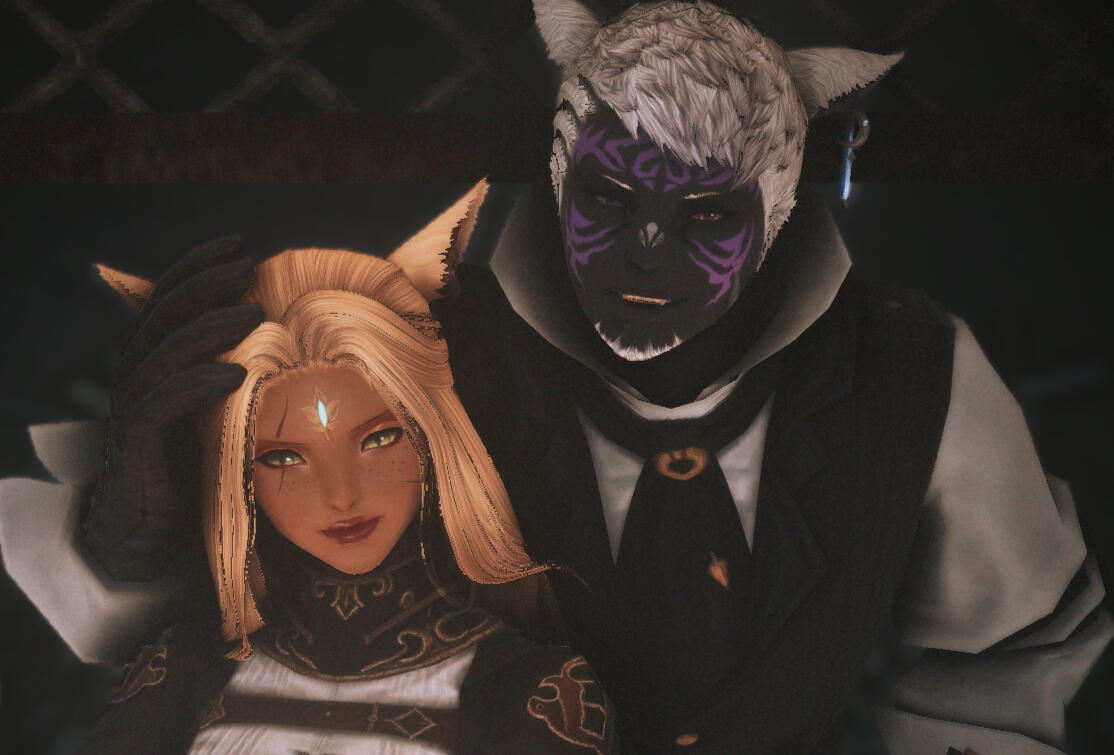 ♠ Left ear is notched towards the top, missing a section of the cartilage.♠ A rune rests over her right eye.♠ Right side of her neck carries a vicious looking scar, as if one had definitely tried to tear out her throat.♠ Depending on the attire worn, scars can be seen littered all over her body. Small to large cuts, burns, and even bite marks that were either inflicted by person or animal.♠ A horrid scar from the bottom center of her stomach to her left side. It is recent and fresh.

Thank you for reading! Now while it is still very lackluster and missing things, it will be filled in with time. I didn't want to over do it with ever last dang detail that would take away from any RP that could be had with it.
I am a player from the EST time zone and am on regularly. I do have a day job. I am either online on my days off or one for a couple of hours in the morning and evening should I not be too tired from my own RL. I am mostly a Para RP'er, that doesn't mean I won't shorten it down for the sake of others who are not novella writers. I love all types of RP, so if there is something you wish to do, send me a tell in game and let's chat.
If there is anything else, once again, feel free to reach out to me. If you are shy, do just say hello and I will happily speak to you.For those that use Mare, feel free to add my code and send me yours if you wish.
3XRBGF0RT4

Welcome to the Gallery. I know there isn't much need to explain this, but here is a collective of Screenshots taken by myself or others over the course of my characters life in Final Fantasy. Most of these shots are moments in my characters life with either family or loved ones. Should I ever come across one with another character, it will be placed here so long as the other is comfortable with it.Yes, there is a lot of shots in here. I am not sorry.Please enjoy!